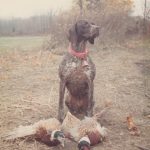 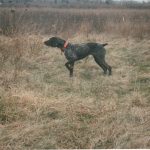 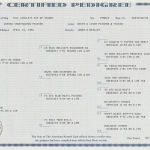 Bandit was Max’s kennel companion, but I did not purchase her initially with Max.

She was a full year younger and had just been spayed when I visited the breeder and picked out Max. Being 24 and living alone, I thought two GSP’s was too much to break in with. With Max having immediate success in the field, I went back and got Bandit a month later and she was reunited with Max to become a phenomenal pair for years to come in the field and at home.

She picked up on Max pointing and retrieving and quickly was honoring his points and eventually locating and pointing birds on her own in her first season.

Both her and Max were completely tolerant and loving in the changing home environment around them, as our family grew over the next several years by the addition of my wife, and eventually our four children.

She was one of the most lovable dogs I have ever been around and was a great field and home companion until she passed at age 15.